Known as one of the most successful esports clubs in Germany, Mousesports was founded in 2002 and has since grown its portfolio to host a variety of teams competing in the fiercest competitions.
The club specialises in Dota 2 and Counterstrike, but doesn’t shy away from the alternative gaming scene with players dipping their feet in Street Fighter, Vainglory and FIFA.
It was in 2007 when the club added Dota to its portfolio, with the club just recently forming an unstoppable team. Madara, Ssaspartan, Maybenexttime, Thug and Skylark make up the force that came in the top ten for the Kiev Major last month.

After a two-year break without a Dota team on the roster, Mousesports jumped into the limelight at the Kiev Major in Ukraine with the team coming 9th and banking a generous amount of $62,500.
Up against some of the best players from around the world, sixteen teams competed for the prize pool of $3,000,000. The competition began with a tough start in the group match up, but Mousesports pushed back in the main event in three close matches against Invictus gaming. After a close 2-1 against fierce competition, Mousesports came 9th overall and the team left successful with a generous amount of prize money.

Mousesport showcases an unforgettable white logo design, which can be instantly recognised by fans. This is used on their website, merchandise and all their team gear. The club’s wallpaper can be found in a splash of different designs and features of the brand colour trio of red, black and white.
These shades are continuously used for the club’s merchandise and the team’s gear for competitions. The player’s competition jersey features the brand name on the front, surrounded by the sponsors. Five different companies sponsor Mousesports, including ZOWIE, SENNHEISER, FANOBET, NITRADO and DXRacer, whilst they remain official partners with NITRADO and DXRacer. The sponsors produce gaming gear, racing car seats, host servers and a betting agency site.

The Dota lineup consists of a new team with five players. All in their twenties and hailing from Greece, they’ve competed in one competition and are set to finish another this month. The team regularly update their fans on Facebook, especially in the run up to a competition!
• In the first position is Omar Mohammad, 20, known as Madara.
• The second place is taken by Dimitrious Plivouris, 23, AKA Thug.
• The third position is filled by Charalampos Zafeiriou, 20, who goes by Skylark.
• The fourth and fifth place is equally shared by Verro Apostolos, 24, MaybeNextTime and Georgios Giannakopolous, 22, SsaSpartan.

The team roster is a new line up that was coached by Ioannis Theodoridis in the Kiev Major. Their headsponsors are ZOWIE, SENNHEISER and FANOBET. After finishing 9th in the Kiev Major in April, the team is currently competing in DREAMLEAGUE season 7, which is due to finish on May 21st. Good luck to them! 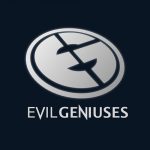