People wanting to find out more about the Dota 2 scene are often directed towards Reddit, the online discussion site. But Dota 2 reddit can seem a little overwhelming if someone is not familiar with it. Here, we’ll check out just what the site can offer to newcomers of the world of Dota 2.

Reddit is a very useful source of the latest news and happenings in the world of Dota 2. With very few mainstream media outlets coving esports in any depth, checking out the discussion boards on Reddit can open up a window into what is going on, in terms of things like team recruitment, players’ form, or the latest winning trick a player has tried in a match. The advantage of using Reddit as a source of news is that its content is shaped by other esports enthusiasts – it has not been filtered by mainstream journalists. Reddit users can access raw, unfiltered news, delivered with an additional sheen of lively discussion.

This is the feature that Reddit has probably become best known for, generally speaking, and Dota 2 reddit /r/DotA2 does not disappoint. Lively debates can be found on almost every topic regarding Dota 2, from the best players of all time, through to which star players use which heroes the most effectively. Fans can talk about likely tournament winners, or even which teams have the best jerseys, or which teams should recruit which new players. If you want to immerse yourself in the world of Dota 2, then Reddit is the place to be.

Reddit also features meta talks about Dota 2, where newcomers can learn about the language used to describe the game. This is particularly useful when it comes to finding out how to become a better player. As well as following discussions about the pros, Reddit users can also discuss tactics and techniques with other keen amateurs. This is very useful for building up an arsenal of effective game moves, and also instils a better sense of what is happening when someone is watching a professional match.

More and more people enjoy betting on Dota 2 these days. Anyone who follows mainstream sports will know just how important a part of the industry betting is, and esports is no different. For people who enjoy betting on Dota 2, Reddit is a vital source of information and insight which can help bets be successful. Need to know which players are in form before a big tournament, or which teams are being torn apart by internal tension? Check out Reddit, and trade tips with esports experts.

Reddit is also a great place to find links to live streams of matches, or to highlights packages. Not sure where to find a link where you can see the best bits from the Kiev Major? Visit Reddit, and someone on the Dota 2 discussion board will know how to find exactly what you’re looking for. 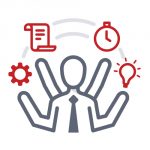 Introduction Many bookmakers now offer markets on esports events, with Dota 2 one of the games on which vast numbers of people bet. Here, we will take a closer look at Dota 2 gameplay, and … Read more 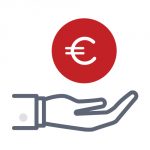 Betting on esports has never been as popular as it is now, and it looks set for even more growth in the coming years. Increasing numbers of mainstream bookmakers are now offering markets on Dota … Read more 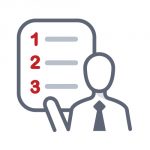 Betting Terms & Terminologies Betting on esports is rapidly becoming big business. Many mainstream bookmakers now provide plenty of markets on which Dota 2 fans can bet, and there are also specialist esports bookies around … Read more 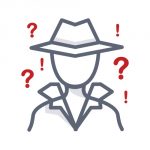 Is Dota 2 betting legal? Esports betting is beginning to make a big impact on mainstream bookmakers, but many Dota 2 fans are still unsure of just how legal betting on their favourite esports actually … Read more