Having been founded in 1999, starting out life as a betting exchange, Betfair first launched their online sportsbook in 2012. As one of the first major bookmakers to offer esports betting markets back in October 2015, Betfair have welcomed the industry with opening arms, even sponsoring the ESL Pro Series in Germany. Dota 2 now features heavily on the Betfair platform, alongside other popular esports titles, including League of Legends and Counter Strike: Global Offensive.

Despite being one of the first to offer esports betting to customers, Betfair do not cover themselves in glory when it comes to their coverage, especially within Dota 2. While major tournaments such as “The International” and “Starladder i-League” are covered in detail, the less recognised events, including “The Summit” and Asia Championships offer far less markets.

This is one area of this Betfair Dota 2 betting site review in which they falter, with some of their competitors offering greater markets, in what is now one of the most popular esports titles around.

It is generally outright match and tournament betting that is seen at Betfair, with only matches involving top teams such as OG Dota2 and Evil Geniuses offering markets such as first kill, first blood, map winner and first to 10 kills.

Handicap betting is also somewhat limited when it comes to Dota 2, however the demand for Dota 2 could well see Betfair improve in this area in the near future. For those looking to kick start your Dota 2 betting strategies, taking note of hints and tips from sites such as Reddit, are likely to provide a better understanding of the market, as well as the team’s most likely to be successful.

Despite the Betfair website being very clean and welcoming, locating esports markets proves a bit of a challenge at first. Customers must first locate their sportsbook page, before selecting esports from a drop-down menu.

Once on this page, any Dota 2 matches will be clearly displayed, alongside the odds for teams competing. When users select a team to bet on, their bet slip, on the right-hand side of the page, will automatically update itself, clearly displaying potential returns.

Place wagers from your mobile

An effective mobile app is also available for those looking to bet on Dota 2 on the go, with both Android and iOS users able to download. The majority of the same features found on their desktop site are also available on the app, including bonuses and customer services.

Betfair do include some live betting markets when it comes to Dota 2, however they tend to be limited, again focusing upon only the tournaments and events which gain the most attention, such as the ESL One and World Cyber Arena. Backing the likes of Virtus.Pro and Team Liquid to claim victory in a match, despite having lost the opening map, is now one of the most popular types of bet, designed to achieve higher odds, with top teams within Dota 2 often seen as the overwhelming favourites.

Live esports streaming is unfortunately not something Betfair currently offer their customers, which will come as a disappointment to some given their standing within the industry.

With the ability to simultaneously watch and bet on some of the biggest Dota 2 events having quickly become one of the most popular methods of betting over ecent years, those looking to do so should instead head to Twitch. Twitch is a live streaming platform, with Dota 2 action free to watch on virtually a daily basis.

Elsewhere, Betfair also offer some enticing promotions for both new and existing customers, with three free £10 bets received from just a £10 initial deposit upon registering.

Although odds of at least 1.20 must be met before any successful withdrawals can be made, customers have 30 days in which to take advantage of their bonus within the Dota 2 market, making it one of the best of its kind.

The majority of promotions at Betfair can be used within esports, with free bets and enhanced odds regularly delivered to loyal customers. Such bonuses offer a risk-free form of betting, as well as increasing your chances of significantly adding to your bank balance.

As one of the most well-known bookmakers around today, Betfair, unsurprisingly, take customer service very seriously. This is certainly an area of this Betfair Dota 2 betting site review in which they score a high rating, with customers free to contact a member of their workforce via telephone and email, as well as an extremely popular and efficient live chat feature.

All methods of communication are available 24/7, with a useful FAQ page also helping to answer a wide variety of questions concerning their services. Any queries or problems are generally dealt with in a quick manner, however their telephone and live chat features are undoubtedly the most effective.

Thanks to a full gaming license from the Gibraltar Gambling Commission, Dota 2 betting at Betfair is completely legal. As well as holding a Maltese license for their millions of customers across Europe, betfair ensure that they follow all rules and regulations concerning esports betting, as well as thoroughly checking all transactions processed.

Betfair certainly provide a safe platform for Dota markets, with a 1288-bit SSL Verisign certification helping to ensure that all personal and banking details are protected from third parties, including usernames and passwords.

Finally, European countries including France, Germany, Belgium and Portugal are all restricted from Betfair, along with Canada, China and Japan from the rest of the world.

In conclusion, Betfair offer a trustworthy and effective platform for betting on Dota 2, one of the fastest growing esports markets around. Despite a significant lack of markets in comparison to some of their rivals, generous promotions and bonuses, along with an in-depth mobile app, mean that customers can take advantage of their features on the go.

Join Now ArcaneBet are one of the newest online bookmakers to offer punters odds on Dota 2. The dedicated esports betting site allows customers to enjoy a social bet on esports thanks to their fully … Read more

Welcome to our review of the esportsbetting.com Dota 2 betting service. The new online bookmaker promises to give you an easy and safe way to enjoy some profitable Dota 2 betting, and we will take … Read more 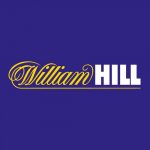 Dota 2 Betting Operator Review: William Hill Welcome to our William Hill Dota 2 betting site review. We’ll take you through everything you need to know about betting on Dota 2 at William Hill, all … Read more 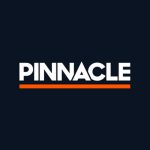 Dota 2 Betting Operator Review: Pinnacle Welcome to our Pinnacle Dota 2 betting site review. We’ll take you through everything you need to know about betting on Dota 2 at Pinnacle, all in this article. … Read more