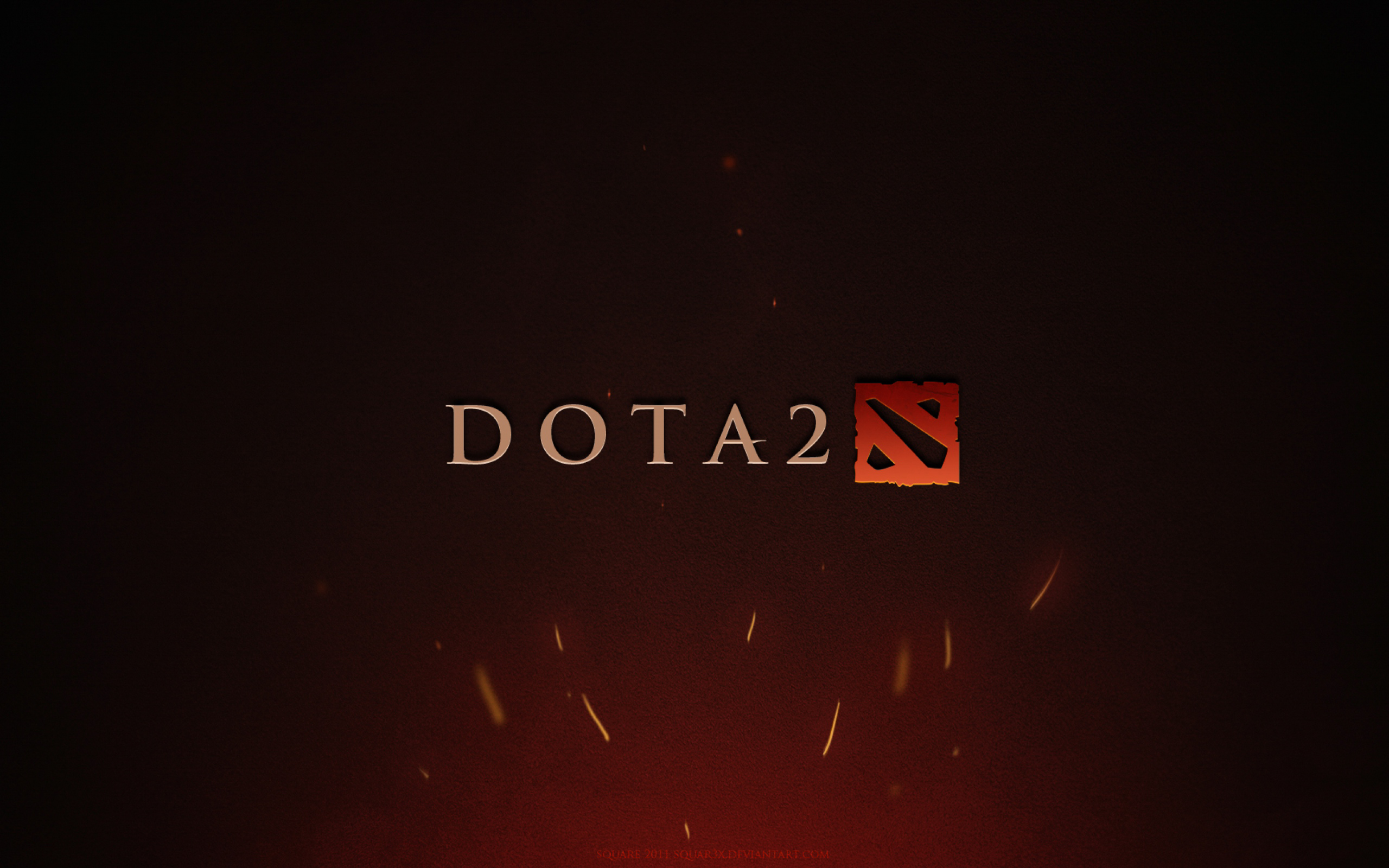 Dota 2 custom is a custom mode created by individual authors or Valve developers based on Dota 2 game and is available only when entering the main game client. Cards, heroes, abilities, goals of games can be completely different from the main client, for example, there are castles of Dota 2 for survival, as well as for passing and many other game genres.

Custom games is a kind of mini-game, in one way or another, connected with Dota. It should be noted that Dota was once a custom. But, more importantly, it is that you can learn how to play on these castes, very, very cool. There are several reasons for this. For example, the duration of such a game is 10-15 minutes, i.e. even with a great desire - your little one - will not have time to bomb. With such a mini-game, you can pour with impunity at any time. Yes, you will make the game more tedious for the rest of the players, but again - they can stop playing, following you, or they can play to the end, since, as mentioned above, the game lasts about 15 minutes.

Such custom can help to develop a player’s skill level without sacrificing the account’s winrate and teammates, and can also make players feel better after a series of defeats. In Dota2 - there are a lot of mini-games, but only some of them will help hone your game skills. Which ones - you will find out in our article.

Overthrow is a classic example of mini-dota 2. The essence of the game is to fill the required number of frags faster than your rivals do. In the middle of the map - there is a circle, being in what - you will get experience and gold.

In this custom you will play for a character who, instead of his usual abilities, will have 4 of the most famous, non-directed skills - Invoker Sanstrik, the arrow of Mirana, Clokverk's hukshot and Puja hook. All players of this mini-card will be on an equal footing, with the same amount of HP and abilities that do not require mana. You also do not need to pump abilities. All you need is to sharpen your skills. What is this custom is useful? You will better understand the mechanics of the game, learn how to calculate the actions of enemies in advance, and mansit, from enemy abilities.

In the game - you are given 2 defensive skills, 2 attackers and a blink. The amount of your opponent's HP and opponent's HP is one. Those. You will kill each other with one hit by the attacking skill. But this is a plus of mini-games - you will train your reaction, which will definitely have a positive impact on your game in future.

Perhaps - this is the only custom where the gameplay Dota, is transferred into it, almost completely. But that's all that is in the game - increased hundreds of times. You will plunge deeper into the world of dota, which will allow you to better understand the mechanics of the game. The minuses of a mini-game are not.

This custom is very similar to the mixture of Pure Reflex and Skillshot Wars. In it you will have 1 HP, 2 defensive and 2 attacking spells. The map, however, will be in the fog of war. You will have to kill the enemy team before they kill you. This custom very coaches the reaction of players, in addition - players learn to use abilities in advance and at random, which will greatly help them to win in simple public.

How to play dota 2 custom games

Each player appears on a small base located around the center of the map. At each base there is a shop and a secret shop, an unbreakable tower and a fountain. In the center of the map is the Throne of Midas, along the edges of the map there is a river with points for runes, as well as passages at elevations. Near the Throne Midas, players gain gold and experience faster. Over Boss sits on top of the Trona Midas and throws huge coins. The coin gives 300 gold in the selection.

Killing the best player or player from the leading team gives a bonus of 500 gold. On some spots with runes there are small groups of zombies. They inflict 32 units damage, have 250 units health, 3 units armor and 120 units speed of movement. These zombies will follow you around the map. Killing zombies gives 20-35 units gold

The fewer kills your team have, the better item you will get from the package. Items can be transferred to an ally or sold in a store. Play on heroes who have high nuke and escape potential and who can hold out for a long time in battle. For example, Queen Of Pain and Storm Spirit. Do not play heroes who are highly dependent on objects or creeps. For example, Specter and Chen. Skills like Song of the Siren or the Chronosphere can help you get a piece from a package. A good strategy will be to stand aside from the fight in order to steal the murder in the future.

Skillshot Wars is a custom coaching skill in a geometrical progression. You will develop a reaction, you will better understand the essence of the abilities you use, you will be better at calculating scenarios, etc. Short time game. Why do we love Dota 2? Of course, for the bright and epic battles. This custom - allows you to fight continuously, which makes it - one of the most epic and most popular among the players. Playing Skillshot Wars - you will learn how to dodge the arrows of Potma, Invkerer's sanstroyka, the Pooja hook and the Clokverk hook. Moreover, these heroes are popular and usable, in almost any weather.

Minuses: In fact, the custom will not bring you benefit if you do not play as heroes whose abilities were taken in this mini-game. The same goes for games, where and against you, these heroes will not. Having beaten Skillshot Wars - you will get used to the mini-map of custom, and you will stop playing normally in mm.

A deeper understanding of the mechanics of the game. You have to constantly mans from an enemy spell and calculate his actions in advance, which will positively affect your skill. With this custom - your reaction will improve several times. You will need to be able to attack and be able to defend. Constant movement, jumping, turning to stone or curb shield - all this will be in Pure reflex. Games are fast, so you will not play for hours, which means you will not be tired either.

This card is most suitable for players who are tagged as captains. Having understood all the power of the abilities of heroes and objects in Dota IMBA - it will be easier for you to make the right decision in an ordinary MM. The rest is the same Dot, with creeps, towers and objects. You will not need to reconfigure from a custom game to a standard game.

This mini-game trains skill, reaction, coordination and ability to mansit. You will run, dodge enemy abilities, attack. All this will positively affect your skill. This custom is interesting in itself, so if you haven’t played it, we recommend it.

The game involves 8 people. Before each of them is a field of 8 to 8 cells, as well as 8 spare cells. A donkey courier is walking around the field - you can assume that it is you. A bar above means your health supply, and you’ll have selected items in your backpack. But the donkey will not participate in the battles.

The task of the players: to buy heroes in the shop and collect their army, which each round will fight with a random opponent or creeps. The cost of characters varies from 1 coin to 5. You can earn money to buy them thanks to victories in battles. At first, a player can put on the field only one hero, but with the leveling of the donkey (also for money) the limit will increase.

You cannot control your characters during the combat stage, they will use their cooldown abilities themselves. Therefore, the whole point of the game is to properly form your army and place it on the field.

Each character belongs to a class and race that has its own advantages. The combination of characters of one class or race gives them significant gains. In addition, the characters can be pumped. To do this, you need to have three identical figures on the field, and they will be folded into one reinforced. At the same time, his characteristics will increase. So characters can be upgraded to level 3 (stars). In this case, the more often the players buy one character, the less often he appears in the shop. So if everyone rushed to collect Ax, then it is worth considering whether you need this hero, if there is a chance that you will never pump it?

The success of the game will depend on how skillfully you will combine heroes with different characteristics and the number of stars to give them the necessary bonuses.

The game consists of two stages. First, for 30 seconds, participants buy heroes and place them on the field. Then within one minute there is a battle between random contenders. The loser takes damage, which depends on the number of surviving enemy heroes and their level. The number of lives for each player can be seen in the table on the side. Victory wins the one who remains the last survivor. But in fact, players are happy and getting into the top 3.